Vivid City — Get to know: Shanghai

Your media planning-and-buying partner for China

Get to know: Shanghai

The most populated city in China with over 20mn inhabitants. Famed for The BUND - a historic waterfront promenade with a futuristic skyline.

Shanghai, or “Hu” as its abbreviated name, has more than 24.24 million permanent residents as of the end of 2018. Occupying a total area of 6,340.5 square kilometres, it is the most populous city in the whole country. 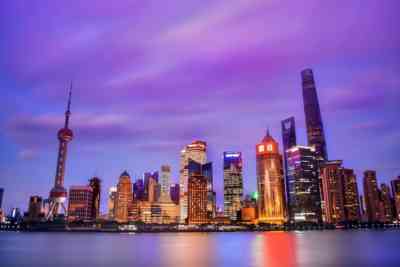 Shanghai is the commercial and financial centre in China and ranks 5th in the 2019 edition of the Global Financial Centres Index (The Global Financial Centres Index 25 Report, March 2019). Shanghai residents recorded the highest disposable income at 64,183 CNY, followed by Beijing at 62,361 CNY, and Zhejiang province at 45,840 CNY. With so much disposable income, Shanghai has plenty of high-end stores to accommodate its affluent residents.

There are 16 administrative county-level subdivisions in Shanghai, which are managed by different local government organizations. What are the top crucial districts for your media planning?

Hangpu is home to the 'The Bund', a riverside stretch with magniﬁcent neoclassical façade. It has stood in Shanghai since the early 20th century. Aurora and Citigroup Tower form part of the most splendid skyline in Shanghai together with a number of iconic skyscrapers in Lujiazui Financial District.

The location is the must-see attraction to people around the world travelling to Shanghai. The Bund receives average 1M people per day during off-peak seasons and could reach 2M footfall during peak holiday seasons.

Within the Pudong District is Lujiazui — one of the most prestigious business districts in the whole country with over 504 domestic and overseas financial and insurance corporation headquarters. The entire financial and trade zone covers an area of 28 square kilometers with a 6.8-square-kilometer planning and development area containing more than 100 buildings and skyscrapers.

With its spectacular spherical screen, Metro-City is an especially iconic landmark and a popular campaign platform for many of the world’s well-known international brands.